Get an overview on the Falcon's traffic light system

Written by Moritz Mußmann
Updated over a week ago

The traffic light system provides information on project progress by evaluating temporal and quantitative progress in Falcon. The traffic light is clearly visible in the project tree, but can also be found elsewhere, e.g. in your dashboard. 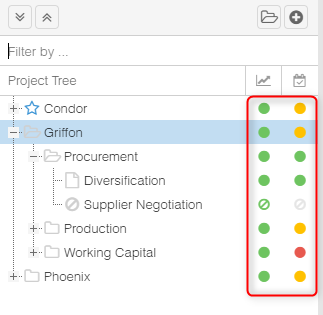 Note: The traffic light system is based on a scoring model. Activities are estimated as a function of the delay (in days). If Falcon remains in the default setting, the activity light changes to yellow after 3 days delay and to red after 7 days delay. The effect traffic light changes colour and becomes yellow when less than 90% of the light is reached. A red traffic light is shown at less than 70% achievement.

But every project is different. Therefore, admins and hub owners can determine for each project when a traffic light changes color. If you want to know which limits apply to you, you can ask your project administrator.

Learn below how the logic behind effect and activity traffic lights differ:

When the effect traffic light jumps from green to yellow and from yellow to red depends on the degree of achievement of the effects.

The default setting in Falcon is a 90-70 split. If you reach more than 90% of the planned effect, the traffic light remains green. Between 90% and 70% it is yellow and only when the 70% hurdle is broken the traffic light does turn red.

In addition, you can specify which goal you want to pursue ("more is better", "less is better" or " spot landing").

Here we explain how to set the effects traffic lights.

To "turn on" the color for the effect traffic light of a tree element (project/package/measure), the following requirements must be met: 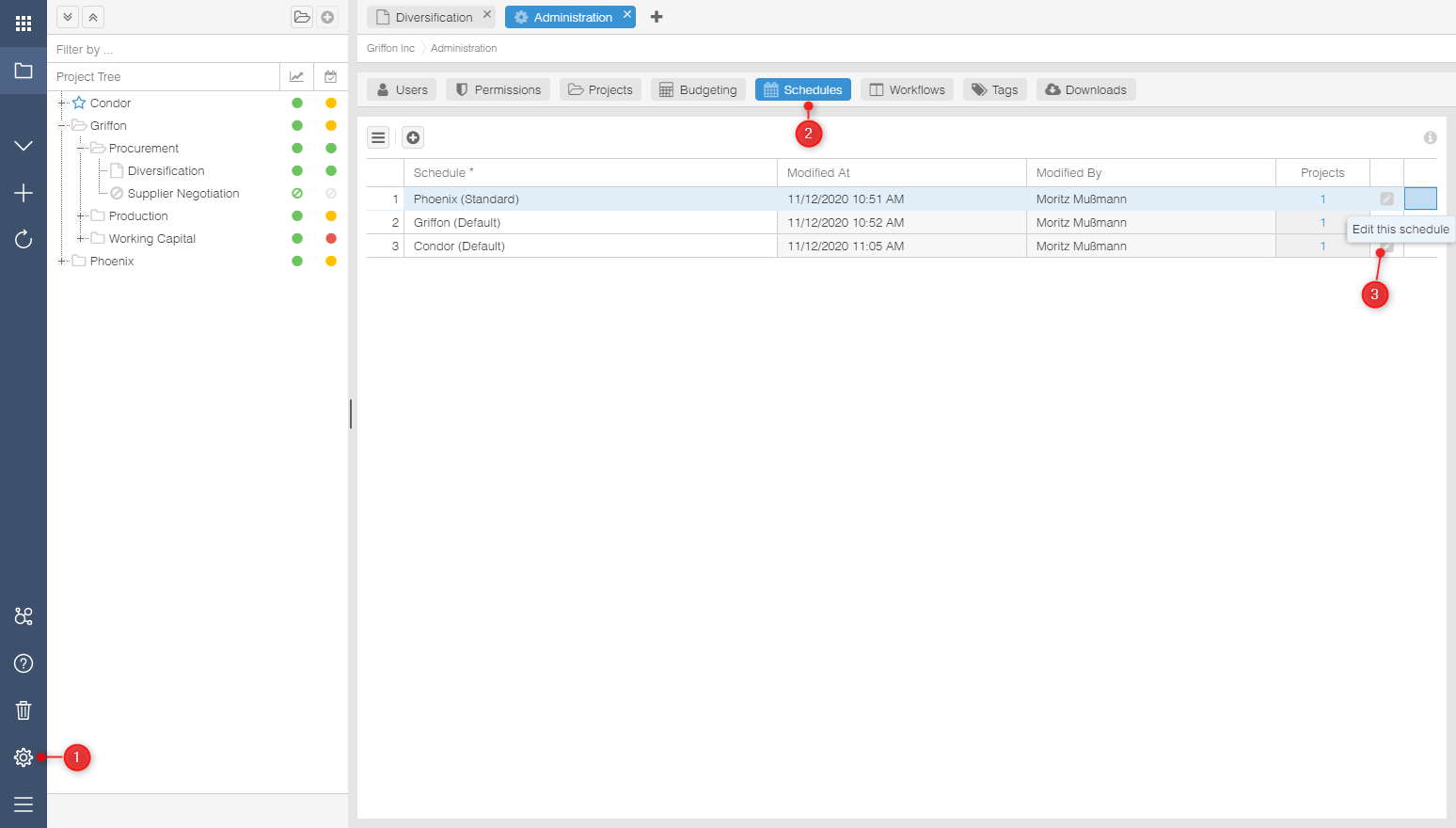 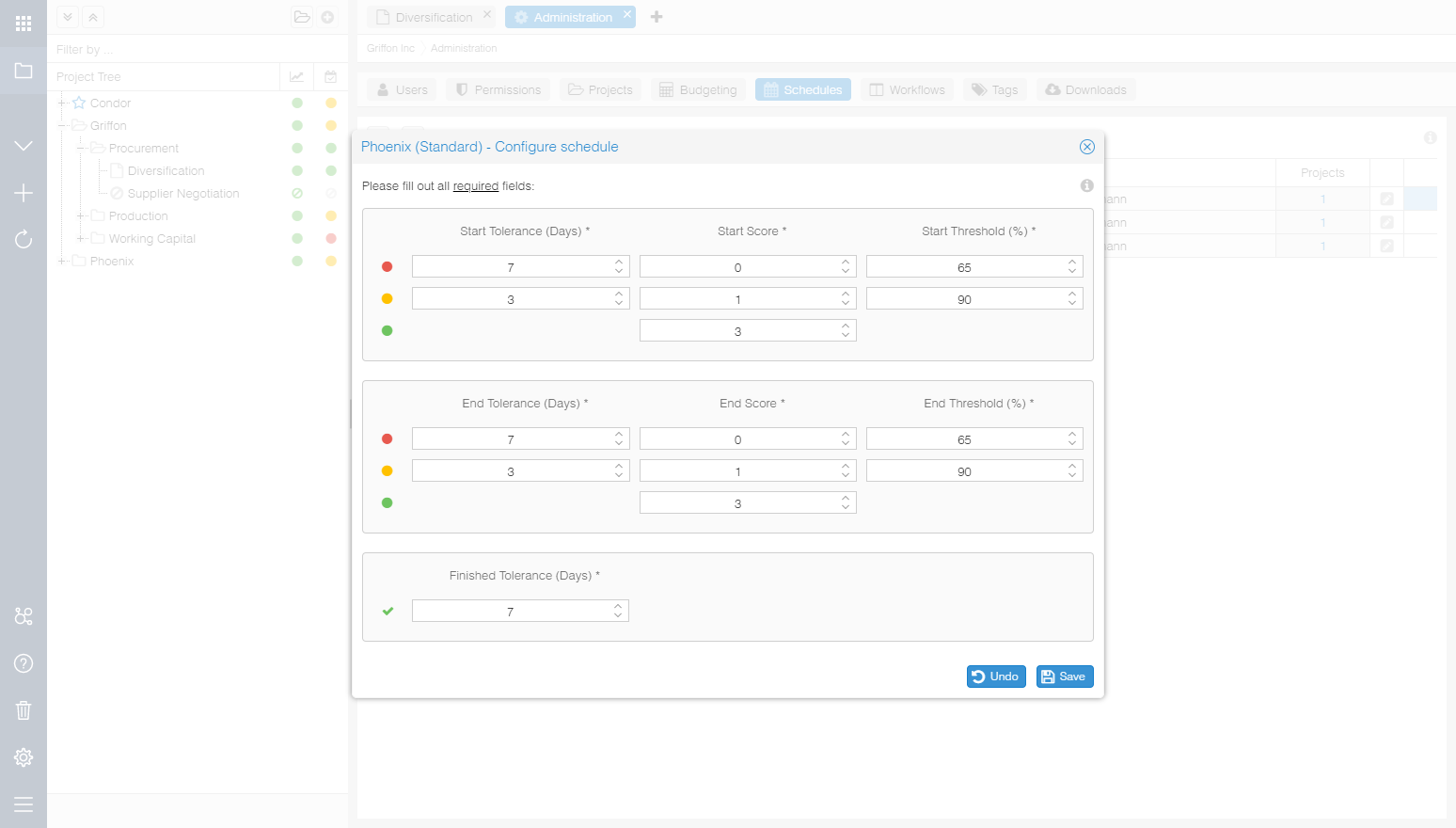 You can find out how to set the activity traffic lights here.

This is how the delay tolerance works when checking off an activity.

Did this answer your question?