Written by Finn Wesseloh
Updated over a week ago

Which permissions are required for this function?

With Falcon's import function, you can import effects decentrally across any number of measures. The basis for this is an import file. The file has no defined structure, other than a set of column headers (see here). A template with a possible structure that you can customize is available via the download button:

Select Import from the main menu at the bottom left and Effects from the dropdown. Then select the file you want to import. 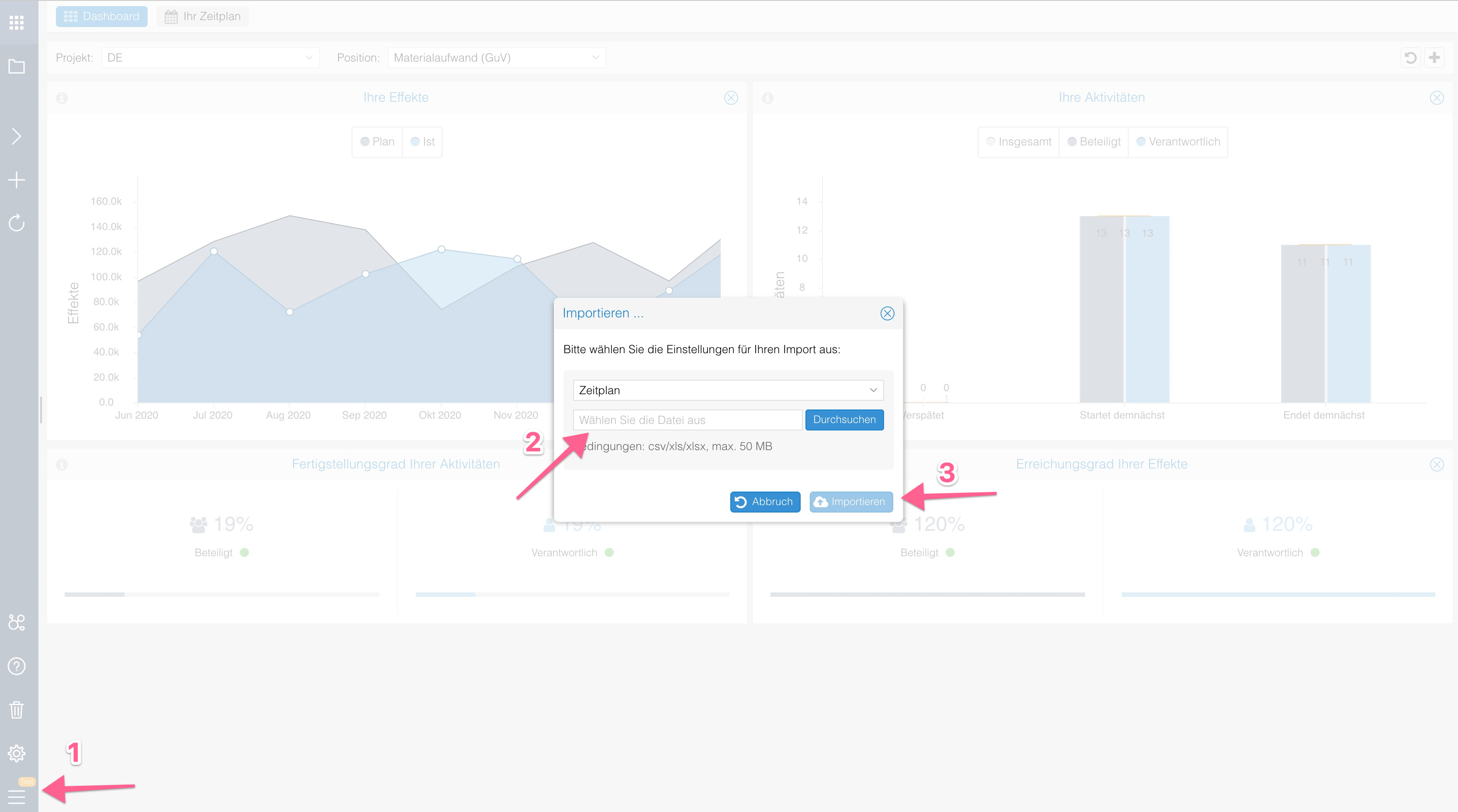 Now select "Import". The data is then imported in the background. Once the import is successfully completed, Falcon will prompt you to refresh.

The import function reads a file, searches for specific column headers and imports the information stored in the rows. The basis is an XLSX, XLS or CSV file with at least the following columns:

The periods of the import file must be directly assignable to existing periods in Falcon. For this Falcon needs a special period format:

Creating periods for import via Excel can be a bit tedious. To make your life a little easier, we have provided the most common periods for you to simply copy from an Excel file. The file offers templates for weekly, monthly, and quarterly periods for the years 2020 to 2030.

Falcon does not take empty cells into account during import. This has the advantage that you do not always have to re-import past effects if you regularly update data via the import. If you really want to set values to "zero", you can pass "0" in the import file.

The scaling of the effects in Falcon (e.g. in thousands (k) or millions (m)) determines what is entered during the import and is thus analogous to the handling of Falcon itself. Make sure that - if, for example, "€k" was selected as the scaling in Falcon - you also directly track "in thousands" in the import file.

Falcon searches import files dynamically. You can therefore create multiple Excel spreadsheets with multiple measures. The columns can also be stored in any order. You can even list additional columns in the import file. Falcon skips everything that does not belong to the import.

The permission determines if Plan and or Actual values can be imported. So, for example, a user who only has write permissions can perform an import, but in this case, only ACTUAL values and no PLAN values are transferred.

Falcon allows you to import effects with file sizes of up to 10 MB in one go. If errors are detected during the import - e.g. in the file structure - no data is imported. Falcon automatically sends an error report via mail showing you why the import could not be performed.

Read also our best practice resource on the topic of effects:

Did this answer your question?